GetGreen has officially launched its customized GetGreen Duluth mobile platform with their demonstration partner, Ecolibrium3 and civic partner, the City of Duluth. The tool enables citizens in Duluth  to take daily action on the climate through a mobile app designed to advance the Duluth Citizens’ Climate Action Plan. This plan is a citizen-led effort to inspire community-wide action to reduce Duluth’s greenhouse gas emissions and envision a future for Duluth that is sustainable and equitable.

GetGreen is a Seattle-based startup that developed a mobile app to help individuals and organizations understand and have impact on the climate crisis through daily actions prompted by the app. As the first community scale version of the app, GetGreen Duluth was developed to demonstrate how the app can bring a community together to take climate action. This partnership was formed as part of the Grid Catalyst 2022 Demonstration Cohort, which matched GetGreen with Innovators Network partner Ecolibrium3 for this pilot.

“Duluth is taking meaningful steps to help address the climate crisis, and in the process is setting an example for towns and cities across the country and around the world,” said Brian Ringer, CEO and co-founder of GetGreen. “Duluth’s leaders know they have to engage members of the community to achieve their emissions reduction goals and for the program to be a success. We at GetGreen are happy to play a role in activating that engagement, converting intention into action, and contributing to a more sustainable Duluth.”

The City of Duluth has committed to carbon neutrality by 2050, with a near-term goal of reducing carbon emissions by 50% by 2030. The Duluth Citizens’ Climate Action Plan was crafted to help our community take individual and collective steps toward a more resilient city.

“Duluth is committed to being a climate leader and it is exciting to be part of a pilot project that elevates community action and innovation. Our city has already been identified as a future climate haven, so it is imperative that we do all we can to become a sustainable and resilient region,” said Mayor Emily Larson.

Through promotion and use of the app, hundreds of local individuals will be introduced to the Duluth Citizens’ Climate Action Plan and be provided with a daily activity to support the goals of the plan. Daily activities include actions in support of local and lower carbon transportation and transit options, local food, composting and waste reduction, energy efficiency, renewable energy, and other efforts to reduce climate impacts through individual behaviors and advocacy.

The platform’s gamified approach not only increases engagement and action, but the partners have created a collective goal of raising funds to support a micromobility hub in Lincoln Park. App users will earn leaves for their actions that will earn funds for bringing critical mobility options to underserved areas of this community.

“GetGreen is a fantastic way to get our community involved with the Duluth Citizens’ Climate Action Plan. GetGreen has crafted a platform that has allowed us to implement the Duluth Citizens’ Climate Action Plan on an individual and community level,”  said Ecolibrium3 CEO Jodi Slick. “Using GetGreen Duluth will help us implement the Duluth Micromobility Hub in Lincoln Park. This hub will increase transportation access for neighborhood residents experiencing high levels of poverty and disability by providing low-carbon mobility devices for check out. GetGreen has really opened the road for community change in Duluth.”

GetGreen Duluth is available now as a free download for iOS and Android devices. To download the app, visit https://link.getgreen.eco/r8FFUxQN7sb or visit the Apple app store or Google Play. Zip code will determine eligibility for Duluth version of the platform. 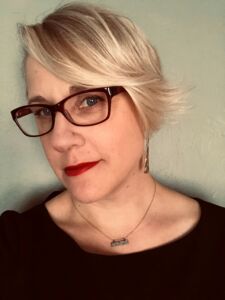 Grid Catalyst was founded in 2021 by Nina Axelson, an industry leader with nearly 20 years of experience in energy and sustainability. Previously, Nina was the VP of Sustainability for Ever-Green Energy and served on the board of the International District Energy Association.

Epilepsy Safe Mode
Dampens color and removes blinks
This mode enables people with epilepsy to use the website safely by eliminating the risk of seizures that result from flashing or blinking animations and risky color combinations.
Visually Impaired Mode
Improves website's visuals
This mode adjusts the website for the convenience of users with visual impairments such as Degrading Eyesight, Tunnel Vision, Cataract, Glaucoma, and others.
Cognitive Disability Mode
Helps to focus on specific content
This mode provides different assistive options to help users with cognitive impairments such as Dyslexia, Autism, CVA, and others, to focus on the essential elements of the website more easily.
ADHD Friendly Mode
Reduces distractions and improve focus
This mode helps users with ADHD and Neurodevelopmental disorders to read, browse, and focus on the main website elements more easily while significantly reducing distractions.
Blindness Mode
Allows using the site with your screen-reader
This mode configures the website to be compatible with screen-readers such as JAWS, NVDA, VoiceOver, and TalkBack. A screen-reader is software for blind users that is installed on a computer and smartphone, and websites must be compatible with it.

We firmly believe that the internet should be available and accessible to anyone, and are committed to providing a website that is accessible to the widest possible audience, regardless of circumstance and ability.

To fulfill this, we aim to adhere as strictly as possible to the World Wide Web Consortium’s (W3C) Web Content Accessibility Guidelines 2.1 (WCAG 2.1) at the AA level. These guidelines explain how to make web content accessible to people with a wide array of disabilities. Complying with those guidelines helps us ensure that the website is accessible to all people: blind people, people with motor impairments, visual impairment, cognitive disabilities, and more.

This website utilizes various technologies that are meant to make it as accessible as possible at all times. We utilize an accessibility interface that allows persons with specific disabilities to adjust the website’s UI (user interface) and design it to their personal needs.

Additionally, the website utilizes an AI-based application that runs in the background and optimizes its accessibility level constantly. This application remediates the website’s HTML, adapts Its functionality and behavior for screen-readers used by the blind users, and for keyboard functions used by individuals with motor impairments.

If you’ve found a malfunction or have ideas for improvement, we’ll be happy to hear from you. You can reach out to the website’s operators by using the following email nina@gridcatalyst.org

Our website implements the ARIA attributes (Accessible Rich Internet Applications) technique, alongside various different behavioral changes, to ensure blind users visiting with screen-readers are able to read, comprehend, and enjoy the website’s functions. As soon as a user with a screen-reader enters your site, they immediately receive a prompt to enter the Screen-Reader Profile so they can browse and operate your site effectively. Here’s how our website covers some of the most important screen-reader requirements, alongside console screenshots of code examples:

We aim to support the widest array of browsers and assistive technologies as possible, so our users can choose the best fitting tools for them, with as few limitations as possible. Therefore, we have worked very hard to be able to support all major systems that comprise over 95% of the user market share including Google Chrome, Mozilla Firefox, Apple Safari, Opera and Microsoft Edge, JAWS and NVDA (screen readers), both for Windows and for MAC users.

Despite our very best efforts to allow anybody to adjust the website to their needs, there may still be pages or sections that are not fully accessible, are in the process of becoming accessible, or are lacking an adequate technological solution to make them accessible. Still, we are continually improving our accessibility, adding, updating and improving its options and features, and developing and adopting new technologies. All this is meant to reach the optimal level of accessibility, following technological advancements. For any assistance, please reach out to nina@gridcatalyst.org